One Mission ~ One Community ~ One in Christ

"For everything there is a season, and a time for every matter under heaven."  Ecclesiastes 3:1
​
Regarding the Merger and New Name
January 20th, 2021
Dear Parishioners,
The response to the new name of our parish, St. Oscar Romero, has been primarily positive. There has been surprise, some measure of resistance to change, and some confusion regarding the name of the parish and the names of the churches.

As parishes in our Archdiocese merge, the merged entities receive a new name. Sacramental records will reflect the new parish name. For example, whether one receives First Communion at St. Gerard’s or St. John’s, the record will reflect St. Oscar Romero Parish. The churches retain the name they received when they were consecrated. We soon expect to see a list of newly merged and named area parishes. Two that I am aware of are: St. Ann Church and St. Brendan Church in Dorchester that have merged and will now constitute St. Martin de Porres Parish; and St. Martha and Mary in Lakeville and Sacred Heart in Middleboro which will be St. Isidore Parish.

When our parishes first entered into collaboration in June of 2018, merger seemed a possible but distant proposition. At that time, we placed a portrait of Oscar Romero in the vestibule of each church and a framed copy of A Step Along the Way, which has come to be known as the Oscar Romero Prayer. Saint Oscar Romero’s writings call for peace and reconciliation. We entrusted our effort to collaborate to his intercession.

When we began the merger process last October, I did not realize that we had to have a new name before the decree could be issued effective February 1. I had mistakenly assumed that we could be called
St. Gerard- St. John’s, at least for a period of time. Just before Christmas we were informed that we would have to have a new name to be included in the February 1 decree. As reported earlier, our dire fiscal circumstances precluded postponing the merger lest we be forced to hastily close one worship site. I wish I had realized the urgency of submitting a new name sooner, and I regret not engaging in a wider consultation process. To those disappointed in the pace or result, I apologize.

While change is never easy and parish attachments are strong, a merger of Canton’s Catholic Community represents our most realistic path to vitality and sustainability. Occasional bumps along the way should not deter us from our goal of building a vibrant and welcoming Catholic parish that will proclaim the Gospel of Jesus Christ for generations.
In Christ,
Father Tom
Clarification from Fr. Rafferty
January 18, 2021
Dear Friends,
Happy Martin Luther King Day! As we did at all Masses over the weekend, we prayed at this morning’s Mass for a renewed commitment to bringing about Dr. King’s vision of a society rooted in liberty and justice for all.

In the next few days we will release and post additional information about our parish’s new name. However, it is timely to correct inaccurate information that has apparently circulated in conversation and social media. The name(s) of our churches, Saint Gerard Majella and Saint John the Evangelist are not changing. When a church is consecrated it receives a name. It retains that name if made part of another parish. For example, St. Ann’s and St. Brendan’s in nearby Dorchester will now compose Saint Martin de Porres Parish.

We have also entered into an agreement with an architectural firm, Habeeb and Associates, to conduct an assessment of our facilities. At some future point we envision consolidating into a single worship site. We are confident that either facility is sufficient to accommodate worshippers.

I am pleased to announce that the name of Canton’s new parish will be St. Oscar Romero! St
Oscar Romero is a saint of our times. Oscar Romero was the Archbishop of San Salvador, the capitol of El Salvador in the 1970’s. He was an outspoken proponent of the rights of the poor and marginalized. He was a pacifist who opposed violence on all sides of the political divide. He was assassinated by a military hit squad while saying Mass in 1980. It was widely believed that it was in reaction to his support for human rights. He was canonized in 2018. We can and will learn more about our new patron saint in the months and years ahead. There are lots of good websites with information about him, his life and martyrdom.

If we were not confronted with the COVID crisis we would probably have delayed the choice of a name and engaged in some form of parish consultation. However, the inability to gather made meetings impossible. Importantly, we did not have the financial capacity to delay the merger
until after the virus is behind us. We will be the first Saint Oscar Romero in the Archdiocese and perhaps one of only three in the country.

To learn more about him, his life and his ministry, I recommend the 1989 film, Romero, starring Raul Julia. We have ordered several DVDs which we can circulate and it is available on popular streaming services. Additionally, Cardinal Sean was personally acquainted with him. At some
future point, when we reach our long awaited return to normal, I will invite Cardinal Sean to
Canton to share his perspective and experiences of the saint with us.

In the days and months ahead information and updates will be shared through our bulletin,
e-newsletters, website and social media. I realize it may seem a bit confusing but for now, we will be one parish St. Oscar Romero, composed of two churches, St. Gerard Majella and St. John the Evangelist.

Yours in Christ,
Father Tom
​Fr. Rafferty's Announcement Regarding the Merger of Our Parishes
October 13, 2020
Dear Parishioner:
In the 1960’s Canton’s rapidly growing Catholic community erected two new churches. St John’s original 1860 church was replaced with a new edifice and a new parish, St. Gerard Majella, was established. Masses were crowded and each busy parish was served by a team of priests. Today, the scenario is different. Families are smaller, there are fewer priests and Mass attendance has declined. This is not a Canton-only phenomenon but part of a larger cultural shift.
Nothing is gained from bemoaning the ever-changing environment of human experience. The early Church was initially persecuted in Rome but ultimately persevered and spread the Gospel of Jesus Christ across the globe. In the United States, Catholics who once faced religious discrimination and anti-immigrant bigotry, eventually established the thriving parishes, schools, colleges, hospitals and charitable entities that we know today. Each generation confronts its own challenges. We are called to adapt to them, calling upon the Holy Spirit, which has guided the Church for two millennia, to help us discern the paths that will guide us to assuring a vibrant and sustainable Catholic presence in our community.
Presently, Canton has two Catholic churches, each of which can accommodate 800 worshippers. On a typical weekend (pre-Covid) a total of 900 people attend Mass at each parish, approximately 225 per Mass. As the number of worshippers decline, and offertory remains flat or drops, the burden of maintaining two houses of worship becomes increasingly difficult. (See Exhibit 1)
In 2012 Cardinal Sean and the Archdiocese of Boston promulgated a new roadmap for pastoral planning called Disciples in Mission. A key component was having parishes share clergy, staff and resources to maintain viability. Each year one tenth of the Archdiocese’s almost 300 parishes entered into partnerships called “collaboratives”. In 2018, Phase 6 of the plan, St. Gerard Majella and St. John the Evangelist parishes began collaborating. Our two parishes share clergy, administrative offices and staff. At the start of the second year of collaboration the plan requires parishes to establish a Disciples in Mission Committee whose task is to draft a Pastoral Plan. (See Exhibit 2) This effort has been underway since last fall.
In late March, during the height of the coronavirus outbreak, all houses of worship were closed. Fortunately, many parishioners are generously supporting St. Gerard’s and St. John’s through online giving, direct transfers, or mailing contributions. However, the overall effect of the shutdown has had devastating effects on our financial plight. It has been said by many parishes that the virus cannot be solely blamed for the precipitous revenue drop, but that it exacerbated a trend of declining participation and revenue.
Our Disciples in Mission Committee continued to meet remotely. In late spring, we put the draft on hold to address the urgent matter of revenue, facilities and expenses. The members, in consultation with our Parish Pastoral Council and Finance Councils, concluded, and I concur, that the Catholic Community of Canton can be served by a single parish. Toward that end I am formally asking Cardinal Sean to authorize a merger between St. Gerard Majella and St. John the Evangelist parishes.
As a united parish community, we shall undertake the task of determining the best use of facilities. It is too soon to decide whether to consolidate at one of the present churches or to seek another site. It will take months if not longer to explore options and weigh ideas. Many other parishes in our Archdiocese have or are embarking on similar paths. (See Exhibit 3)
​As a first step, some are conducting comprehensive engineering and structural analysis of existing facilities. Most likely we will do the same. This challenge can be more easily undertaken if we commit to keeping our hearts and minds open to new ideas and to listening to one another. It is a process that calls for bringing many matters to prayer.
Over the last several years each of our parishes has expended tremendous effort to maintain what might be called survival mode. Pastors, staff, committed volunteers and parishioners have labored mightily to maintain facilities and carry out essential ministries. While change is seldom easy, the reality is that circumstances have presented us with an opportunity to come together as an invigorated faith community. Such a model will better enable us to direct our energy toward life-giving educational, devotional and pastoral initiatives.
When we use the noun church with a lower case “c” we refer to a particular house of worship. When we use the upper case “C” we mean the Church, the Mystical Body of Christ. Our salvation and our interconnectedness are ultimately rooted in our common Baptism and Profession of Faith. The big C and the small c converge at the parish level. Experience shows that the widest array of spiritual, pastoral and community service ministries succeed in the strongest parishes.
As I said at the outset, each generation of Catholics confronts unique challenges. The Church endures and thrives when challenges are addressed with pure hearts disposed to the promptings of the Holy Spirit. Working together, each of us can do our part to ensure that our legacy is a sustainable and vibrant Catholic presence in Canton. May future generations look back on this moment and commend our effort.
Yours in Chris,
Reverend Thomas S. Rafferty
​Pastor
​ 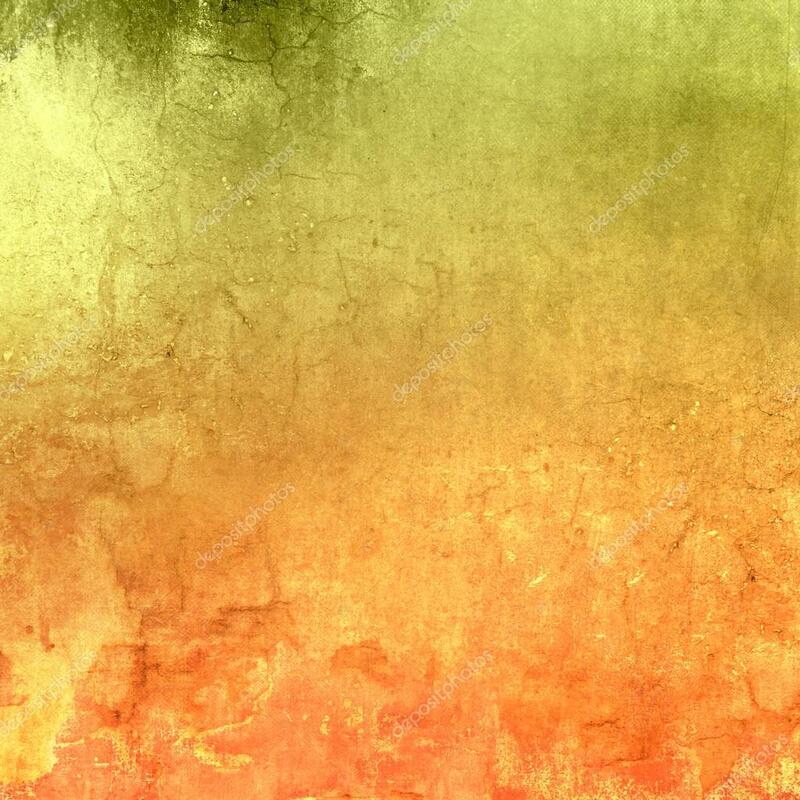 One Mission ~ One Community ~ One in Christ